In the quest to write marvelous stories, you must see the world in a special way. As writers, we have to be observers. We have to pay attention to the details of daily life. Too often, our writing becomes one dimensional because we do not take the proper time necessary to seek all the detailed information needed to make our writing truly great.

Creating and developing well-rounded and believable characters is an important part of telling any story. We often hear the phrase, ‘write what you know’. This can be an important piece of advice when deciding on the events of your story. However, if you stick with this mantra, all the characters in your piece will come out like you with different disguises. Including a wide variety of characters in your work can give your story depth and help your work reach more people.

Let’s delve into the most common mistakes female writers make when writing about male characters.

When we write characters, we often want them to be idealized versions of humanity. We use patterns that we find in popular culture to make our characters more recognizable to common readers. Female authors tend to write male characters as reflections of some of the most common archetypes we see in male characters. The Hero, the jock, the bad boy. These are heavily repeated archetypes that have been used throughout storytelling to make male characters quickly identifiable. These archetypes serve a purpose for the story. We often use them as foils or romantic interests of strong female protagonists. We may use them as comic relief, or even as the antagonist of your story.

The issue with common male archetypes is that they are often the most masculine and macho versions of the sex. Male characters who are written by female writers are often one dimensional. They use violence as their primary source of communication. They may be overly self-centered. The dialogue of these characters is often overly confident and uses aggressive statements more than other types of speech.

Male characters are just as vulnerable to internal conflict as female characters. They struggle with self-doubt. They often are expected to fill roles that they are not equipped for. This causes many males to struggle with the question, “Am I good enough?”. We often expect men to be masculine. We expect them to be tough in dangerous situations, be violent, and capable. Most men are not this way. Most men are in constant struggle with their own identity. They need to find their place in the world. Males are constantly performing their own masculinity to live up to the expectations that society has for men. This a constant internal conflict that most males face.

Another common mistake that female writers make while writing male characters is a lack of backstory. Most female writers do not provide a fully developed background for their male characters. They do not think about the defining moments in the character’s life. If a backstory is provided, it is often not fully developed. Common male backstories are comprised of one or two events, not on a fully lived life.

Male characters need a full backstory. What is his relationship with his parents? How was his childhood? What are their hobbies? His desires? His deepest fears? What brings him joy? All of these questions are important for the development of your character. Once you develop a male character’s backstory, you will be able to make more informed choices about their actions. Their backstory does not to be in the story, but as a writer, you must know everything about this character’s past when before you begin writing. The end product of your story will feel better developed and your male character will better resemble a real person. 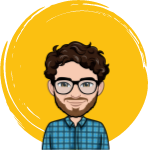